THE TOWN HALL SQUARE AND FOUNTAIN

THE TOWN HALL SQUARE AND FOUNTAIN
Until the 18th century, the Hôtel de Ville or Town Hall was enclosed within a high-density area. In order to showcase it and open up the space around it, the City Consuls undertook a major planning operation. Beginning in 1741, on the site of the communal building and nearby homes, they laid out a square, completed in 1750, later adorned with a fountain. On the pedestal of this fountain stands an ancient granite column discovered in the late 16th century at L’Aire du Chapitre (now Pasteur car park). The sculpted sections were produced by Avignon artist Jean-Pancrace Chastel (1726-1793).

THE CLOCK TOWER
Built in 1510, the Clock Tower is a rare gem of 16th century civil architecture in Aix. It rests atop an old Medieval gateway. In 1555, seven wooden statues were produced representing the planets , four of which still survive today. Transformed into the seasons, they can be seen in the narrow opening of the south facade. During the 17th century, a clock was placed on the north facade, followed by a memorial to Louis XIII. The parapets and turrets were raised and wrought-iron railings were added.
At the end of the 19th century, the belfry deteriorated and was threatened with demolition. The Academy of Sciences, Agriculture, Arts and Literature campaigned for its preservation, and secured its listing as a historic monument by the Ministry of Fine Arts in 1881.

THE GRAIN STORE
The former granary is located between Place Richelme and Place de l’Hôtel de Ville. An earlier wheat store was built here in 1718, and a new granary was erected in 1759 to incorporate the existing one. The sculptor Jean-Pancrace Chastel provided the façade decoration, with grotesque masks, consoles, chapters and, most notably, the north facade pediment representing allegorical figures of the Rhone and Durance rivers. With the decline in the grain trade at the end of the 19th century, the building lost its intended purpose. Various organisations then made use of it, including the fire brigade, the local tax authority and the post office. The council later moved a number of its departments into the upper floors, and decided to transfer a branch of Méjanes Library into the ground floor, which opened to the public in April 1971. 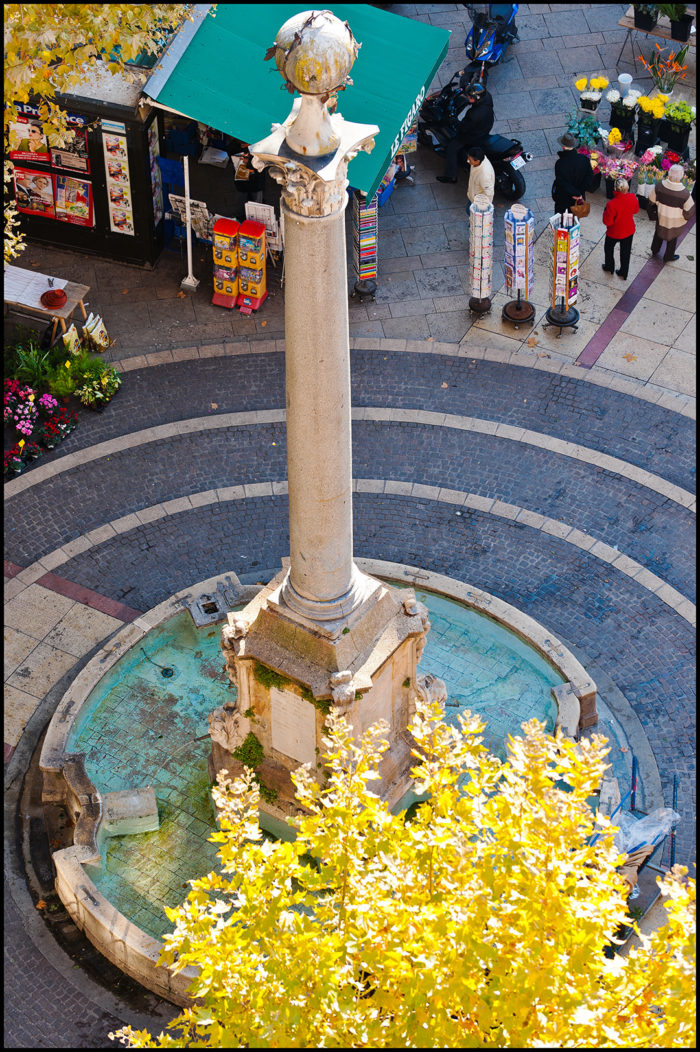 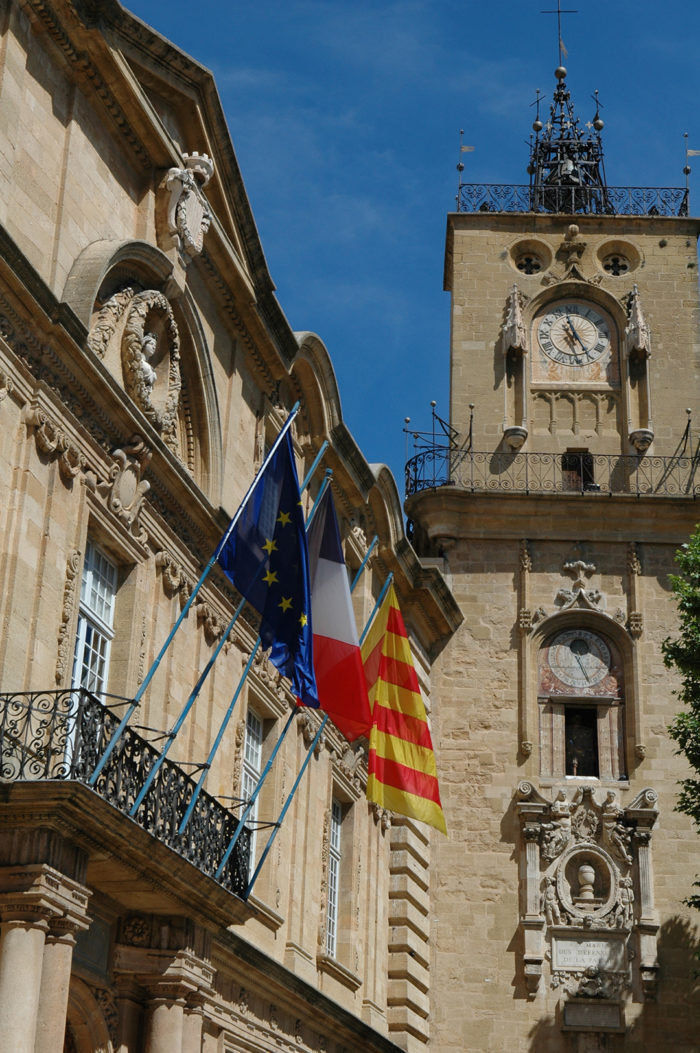 THE TOWN HALL FOUNTAIN
In Aix-en-Provence, the first fountains were positioned against walls. You may have noticed that there are lots of fountains in the city. This is because they were very important in the past, since there was no running water, and very few people had a well at their house. So fountains enabled people to have water!

THE CLOCK TOWER
The Clock Tower is the oldest monument on this square. It was built in the Middle Ages. It is not a church tower but a belfry, a very special kind of tower which showed that the commune was autonomous. Its bell was rung to notify local residents of important events.

THE GRAIN STORE
Today there is a post office and a library in the Grain Store, but it originally held the wheat market. This very old market was located in the centre of the town, which demonstrates its importance. After all, wheat is used to produce flour, which can be used to make bread, which was the main food of the population for a very long time.